Topology is the group of layers that make up the characteristics of the ground we walk on in-game.

This includes things such as:

Each of these topology have their own layer which can be on/off if you want that desired effect for that topology in that area of the map. 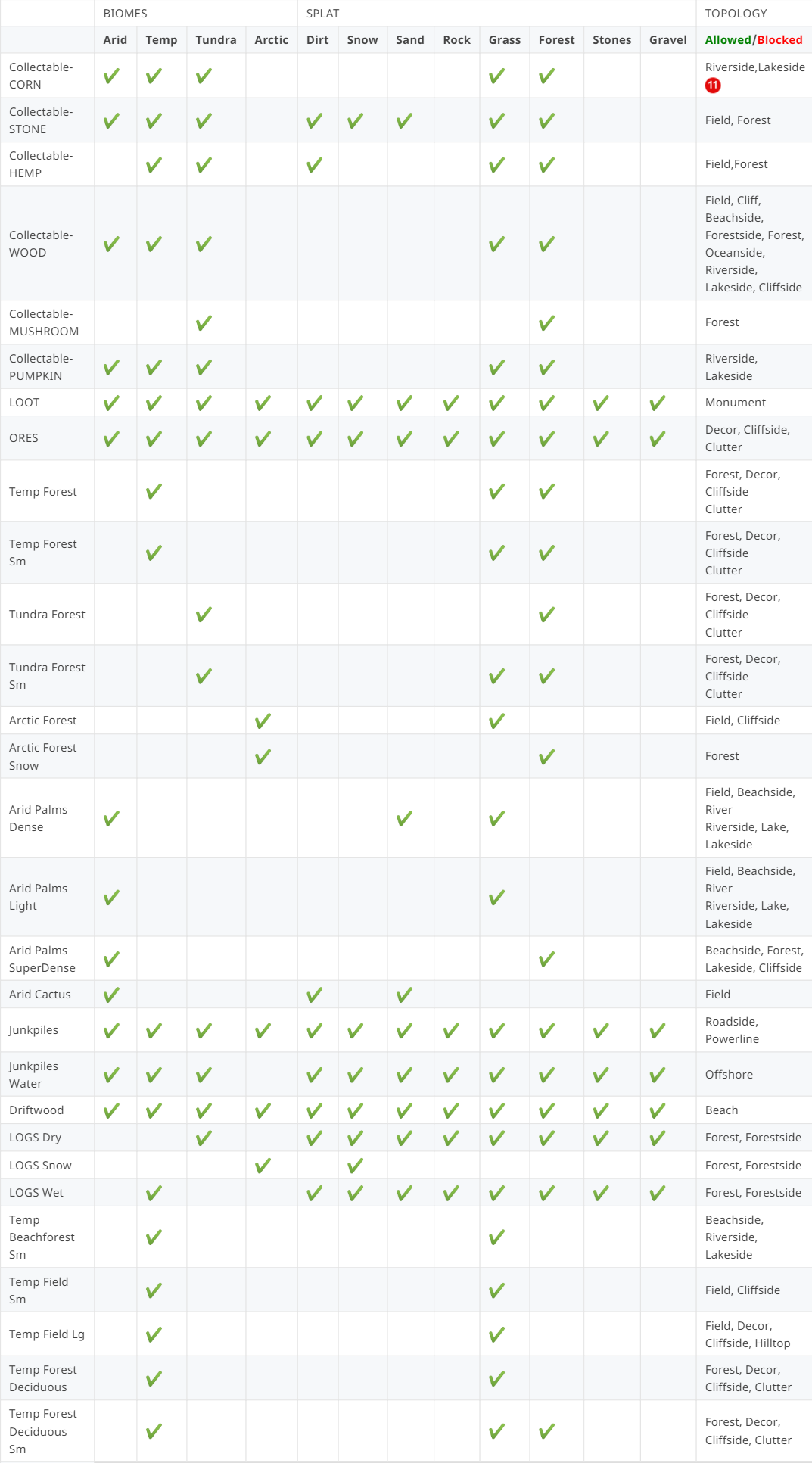 A spawn area is a random location on the map where a "new" character will "spawn" into the game. To make it working you'll need to make an area that has following topologies: Mainland, Oceanside, Beach, Beachside and Tier0.

• If map doesn't have any valid spawn areas then players will spawn at 0,0,0 coordinated. Avoid that.

Adding road junkpiles to your map

Road junkpiles appear only on a "Roadside" topology. To make a valid spawn area for junkpiles you'll need to paint this topology on any part of the map. It can be done near your roads or somewhere far away from everything – choosing the area is up to you.

Do not make the painted topology too thin – without enough space junkpiles won't spawn there. Keeping the same width as on procedural maps will be enough to get everything working as intended.

Alternatively you can use "Powerline" topology but "Roadside" is still preferred.