Volume Prefabs are a collection of various triggers that have their unique effects once players enter the prefab. Almost all volumes have a 1x1x1 cube collider. Almost all are completely invisible in-game but apply specific effects to the player when interacted with.

As long as a player remains inside of this trigger, collisions with the terrain will be ignored. If you want to make an entrance into a cave or other structure that needs the player to go through the terrain, this trigger is for you.

Keep in mind that all underground structures must be inside of this trigger to prevent players from instantly dying due to antihack. The alternative solution is disabling the antihack protection for terrain using this parameter: +antihack.terrain_protection 0

Some prefabs like cave, sewer and bunker parts already contain a terrain trigger – you don't need to add it again. You also cannot currently remove these built-in triggers from those prefabs.

While players are inside of this trigger, visibility and interactions for all water related objects will be disabled, it will remove swimming and blurred vision but visibility becomes extremely dark as water triggers are usually needed underground. This may be helpful when your underground structure goes below the ocean level.

Pretty much does the same thing as Water Trigger, except it does not make the whole area around you dark.

It's an invisible 1x1x1 meter cube that basically works like an invisible wall. Blocks projectiles and players.

(typo is a part of the prefab name) This works like an invisible collider but only for players – other forms of interactions with this wall (throwing/shooting through the wall, movement for NPCs) will remain active. You would most likely use this to stop a jump exploit in your monument without impacting PvP.

When a player touches this trigger and they walk into the wall, the player will start climbing up. This will be helpful when you want to create a custom climbing prop or make static ladder prefabs usable.

There are five environment volumes that change the visuals around you. This may be suitable for better immersion inside various types of design – buildings, underground structure, caves, etc. Since 2021, new environment building variants have been added to let artists have more control over the visuals on a scene – Building, BuildingDark and BuildingVeryDark.

Makes the image slightly darker, just like when you are inside of a monument building or player base. Disables ambient sounds. (wind/bird sounds)

Same functionality as EnvironmentVolumeBuilding, but with the stronger darkening effect.

Darkest variant of EnvironmentVolumeBuilding. It is not exactly pitch black, but it's really close to it.

Makes everything completely dark, just like inside of a Water Trigger, except you will be able to see and interact with the water inside this trigger.

(that's not a typo) Disables sun and sky dome, making everything around you very dark. Probably has no use in open area, but will be a great addition for any large underground structures – this will avoid any kind of situations when sun might glitch through geometry beyond the shadow draw distance.

Their name are pretty much self-explanatory. Deals a certain amount of damage to player when colliding with this volume, higher volume type means more damage and lesser time to kill. There are four types of hurt triggers:

You can see hurt triggers in action when trying to stand inside a working car shredder or under falling rocks at Giant Excavator Pit. Damage Trigger Death obviously just instantly kills anybody who colliders with this volume. (does not kill you if you have god mode enabled, but will slow you down) 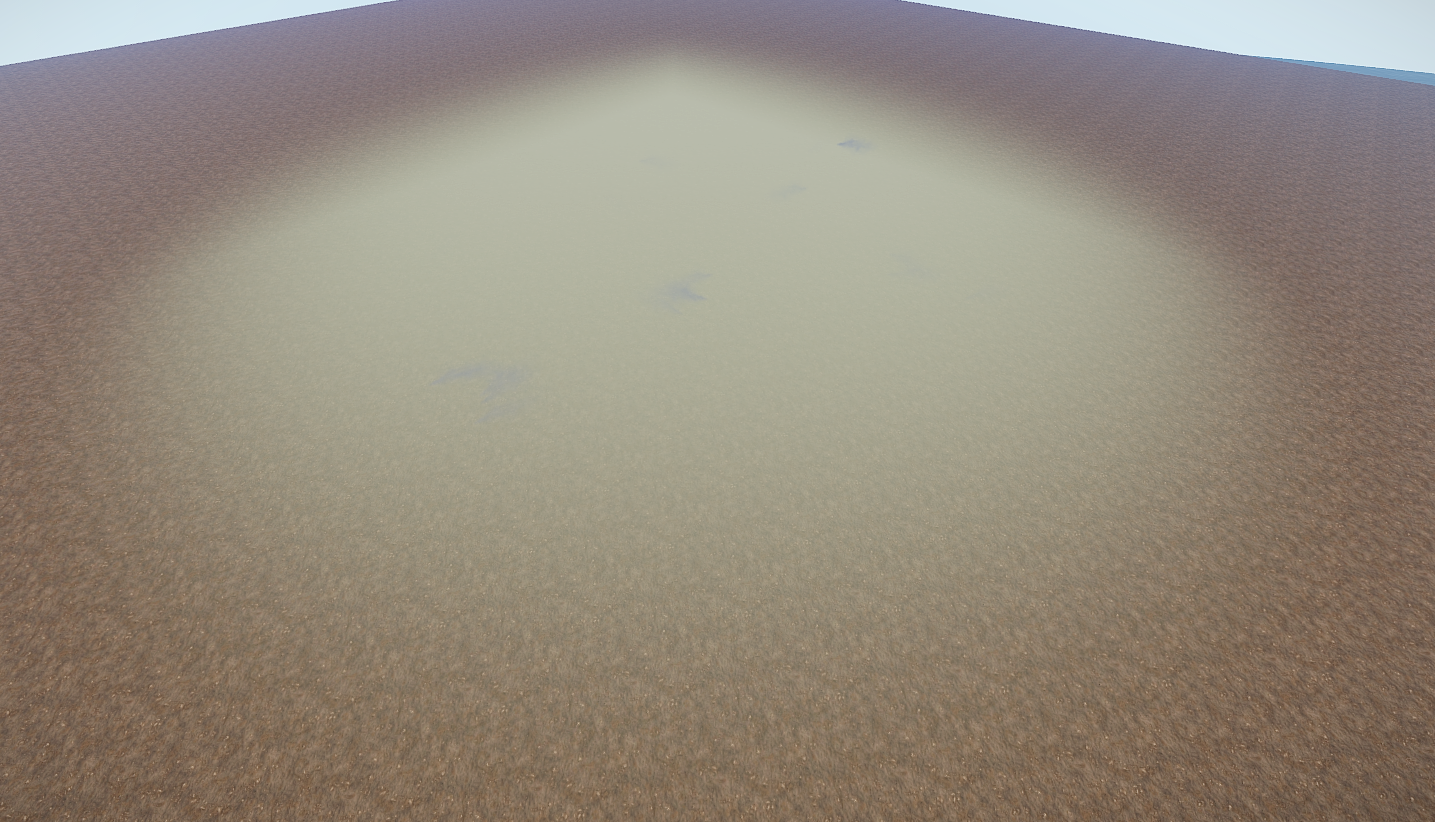 This is a volumetric fog from the Bandit Camp monument. No description needed.

Safe Zone is a volume trigger a sphere collider (2 meter radius by default). Safe zone on custom maps works the same way as on outpost/bandit camp. You shoot – you die and receive a 30 minute long ban.

If you combine custom safe zones with vanilla safe zones, you will have a hostility marker visible whenever you attack or just shoot, even if there is no safe zone near you. Unfortunately the only solution is removing all default Rust safezone monuments.

There are three types of radiation sources:

They have a corresponding radiation level and will do slower or faster damage on player, depending on source type. When it comes to vanilla approach for radiation levels, it's usually preferred to cover tier 3 monuments and best loot points with highest radiation level, especially if players are not meant to stay there for long, just like on top of launch site. Med and Low variants will fit the best for majority of your custom monuments.

A sphere shaped volume that provides you comfort when staying inside of it. Perhaps a good thing to implement at safe zones for players to heal themselves slowly.

Currently it's purpose remains unknown. Need to be clarified.

It seems like volume does nothing in-game - needs more checks and, most likely, a fix if it's a confirmed broken prefab.

Assumed to be a moving force just like on conveyor belts at Giant Excavator Pit. Their shape is not a standard one and may be confused to work with. Unfortunately it does not seem to work in-game.

Requires additional tests – so far it looks like a broken prefab

An invisible variant of a handmade chair. Doesn't decay but can be destroyed with an ent kill command. Avoid using it on invisible chairs because there will be no way to add it back.